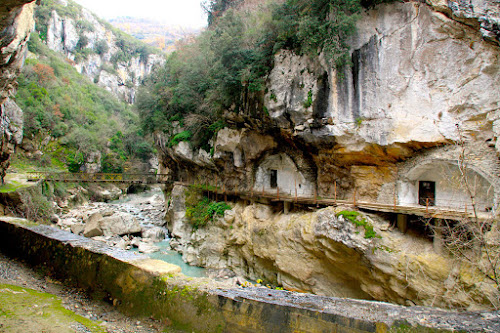 Situated within the Canyons of Gradec on both sides of the river and 3km from the city of Çorovodë, the tunnels of Pirogoshi really look like an underground city. The work for their construction continued for more than 17 years. These tunnels were used as a deposit for a large amount of national weapons during the dictatorship of Enver Hoxha. With the reserves that were kept inside the tunnels, the nation could fight for more than 6 months in case of war or invasion. In March of 97, the Tunnels of Pirgoshi were violently opened by the local residents who were angered by the national bankruptcy caused by the pyramid schemes. The involvement of former military employees and local authorities made it possible to avoid a real catastrophe, since a possible explosion within the tunnels would have brought unimaginable consequences.
#anglisht
Shpërndaje në rrjete