The Cave of Pirogosh, a unique mystery in Albania -->

The Cave of Pirogosh, a unique mystery in Albania 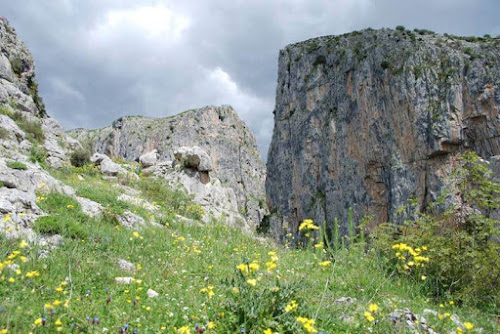 The Cave of Pirogoshit is without doubt a natural monument that makes Albanian people proud, not just those of Skrapar. This cave is only 3 km far from the town of Corovodes, on the right side of canyons of Gradec. It has drawn the attentions of foreign and local academics for years. The view of the cave is very special, because from there you could see the waterfall of the stream of Radeshit and dense vegetations on the river bank. Though the inhabitants of the zone had discovered it a lot of time ago, there were some Italian speleologists  that studied in depth the Cave of Pirogoshit. In 1985, when Albania was still under the communist rule, two groups of Italian academics followed by Albanian teachers of the zone entered in the cave and made very interesting discovers. It was 1523 m long, 30 m wide, and 5 m high. It has the shape of a underneath labyrinth, with narrow galleries, wells and pools with water. On its walls it has lots of stalactites and stalagmites that give a powerful and attractive view for the eye. It’s thought that in the Neolith period, the cave of Pirogoshit has been an early residence but this hypothesis is not confirmed yet by archeologists
#anglisht
Shpërndaje në rrjete