The Underground Tunnel’s of Krorza -->

The Underground Tunnel’s of Krorza 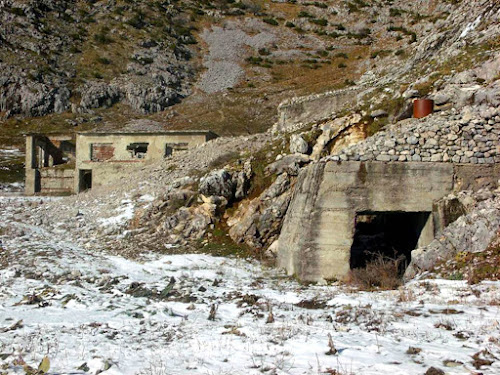 Situated at the base of Mt. Ramije, the underground tunnels of Krorzës are similar to that of an underground complex. These tunnels include 20 rooms which include a meeting room, eating room, break room, entertainment room, etc. They were built with the highest commodities of that time and with defense that would be able to resist an atomic attack. In case of war this complex would have served as a residence for the army general staff and, in the worst case scenario, a mountain retreat. This complex also would have been the general quarter committee center for PPSH (the ruling party during Communism) in the event of war. The complex was constructed from 1960-1970 and the cost of its construction was enormous considering the economic situation of the country at that time. The existence of this complex, its goals, and its uses, were kept top secret and very few people were aware of the complex. The tunnels of Krorëzë represent a very unique underground complex of its kind.
#anglisht
Shpërndaje në rrjete